The Energies of October 2013

Another month has gone by in this year which has been a source of so many opportunities for healing, clearing and release. September was a month we won’t quickly forget and now we’re entering a new month which begins with Mercury retrograde shadow and more activity that will lead us into the upcoming eclipses and November’s Uranus/Pluto square. You may be asking ‘Does it ever end?’ and the answer is yes and no. The cycles end in a way because as they close they become the opening portals for the next cycle. That’s why looking for the end is counterproductive; we need to be seeing how the end creates the new beginning.

In my 2013 predictions I wrote about the need for us to let go of the martyred healer paradigms, I also write about this in Ascending into Miracles in 2011, and I’ve been writing about it in various articles since 2009. That time has come although if the angry, fear-based responses to a recent facebook post I wrote on the topic of ending soul contracts and releasing ourselves from the need to heal others are any indication of how people feel, there is still a lot of ego wrapped up in being the healing force in others’ lives. Yet, its time has come and we’re going to get more opportunities to let go of this starting October 1 and going through the end of the year.

In October we have different paths available to us, depending on what we choose as our next step. We may explore several paths if we’re still undecided about what is important to us and what we really want. Is it time to let go of old paradigms and ways of being? Do we trust ourselves, others, and the Universe with the process? Is it all going to fall apart and what does that look like? What does it look like if it doesn’t all fall apart? I think that we’re all frustrated because we don’t know the answers to these important questions and we’re standing on shifting sand as the old 3D paradigms are being cleared away, trying to maintain a foothold as we also try to decide where the next safe place to stand is.

That’s why October’s multiple paths and opportunities will either be a source of joy or a real challenge (which is also a blessing). They’re a source of joy if we use these different options to make our choices from an empowered, self-serving perspective. But they will be a challenge if we try to latch onto whatever we think is going to be permanent or will protect us from making changes. A good way to see where this is happening for you is to look at whatever you are resisting, what is pushing your buttons, making you angry, or that you feel you have to defend yourself against. It is so hard for the ego to come to grips with the concepts of divinity, self awareness, and self empowerment and we’re in between two worlds now, as we want the evolved, higher frequency world but we don’t want to give up what prevents us from accessing it. This back and forth motion is intensely frustrating and part of the frustration arises from our insistence on holding onto our martyred healer paradigms, which we cannot bring into higher dimensions whose energy requires that we be ‘healed and whole’ and everyone is responsible for their own healing.

This month we’re experiencing, for the first time, a strong push to release ‘old’, dense energy which isn’t being forced on us, it’s the result of the buildup of higher vibrating energy that we have been integrating for months. The expanded, lighter and higher vibes are compacting the more dense energy we’re also carrying, concentrating it so we are very aware of it and its presence in our energetic field, by how it is manifesting in our life. This can create sudden emotional, physical and mental problems which arise to make us pay attention to the patterns, paradigms, thoughts and beliefs that stand between us and our next step. Once we set an intention, everything that blocks it comes up for review and release and if we don’t take action on that, it just builds up until it’s so noticeable that we have to take action. The light energy will push the dense energy out of its way, one way or another.

We have Mercury retrograde starting its shadow retrograde on October 2, full retro on October 18 and the shadow ends November 27.  Mercury makes three passes over the degree of the September 18 Saturn/Venus/Node conjunction at 8 Scorpio, offering a chance to re-experience and re-express that energy. This is leading us to the Uranus/Pluto square on November 1 which is between two eclipses, the first is October 18. This square has Uranus in retrograde and Pluto direct. One thing I noticed about these seven squares is that the each planet’s motion alternates between retro and direct until the last one, on March 17, 2015, when both planets are direct.

We are moving farther down the path of evolution than we have ever gone before and there is no turning back now. Starting in October we have many offers to support change at a profound level, which we can use voluntarily and manage the change with grace and ease or we invite chaos and drama, according to how much fear and resistance we have. It is the right time, we just have to find the courage to make the changes and get comfortable with the transformation which takes us from our comfort zone to our discomfort zone. The structures that sustain our reality are falling away, as we change the scope and expansion of our reality. What we think is ‘real’ is only real to us; it’s all just an illusion. When we change our reality, we invite another illusion to take its place. All we’re doing is moving through different illusions, each of them created and empowered by our intention, beliefs and thoughts.

The key question for October is “Are you evolved or involved?” Being evolved requires detachment, non-judgment and acceptance. When we are involved we’re micro managing ourselves and others, afraid of the outcome, resisting transformation, and afraid to trust ourselves and the Universe. We already know everything we need to create what we want, all we have to do is connect with it from that place of empowerment and awareness of our self as divine, whole and complete.

In October we can start experiencing a life of ‘ease’ as we release judgments and fear and wait to make up our minds about whether something is good or bad, right or wrong, until we see the whole, complete picture. And ease comes with intention, as we remember that we are in full co-creation mode right now so whatever we intend is what comes into being. With the end of soul contracts and karma, the martyred healer and our self imposed healing obligations, we are free to be joy-ful, joy-filled, empowered, and happy. What does that look like for you? You have the power to create it now and be an example of ease-y, fulfilled, whole living. Choose what serves you best and if you don’t like it, choose another illusion. We can make them as powerful as we want, it’s time to dream big.

Have a wonderful month.

Copyright (c) 2013 by Jennifer Hoffman. All rights reserved. You may quote, copy, translate and link to this article, in its entirety, on free, non-donation based websites only, as long as you include the author name and a working link back to this website. All other users are strictly prohibited. 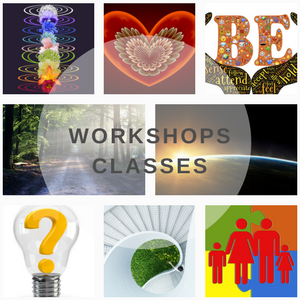 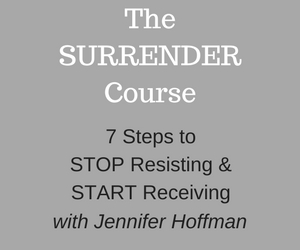 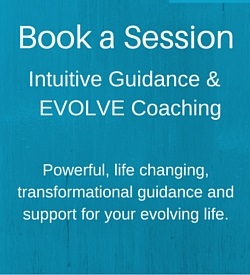